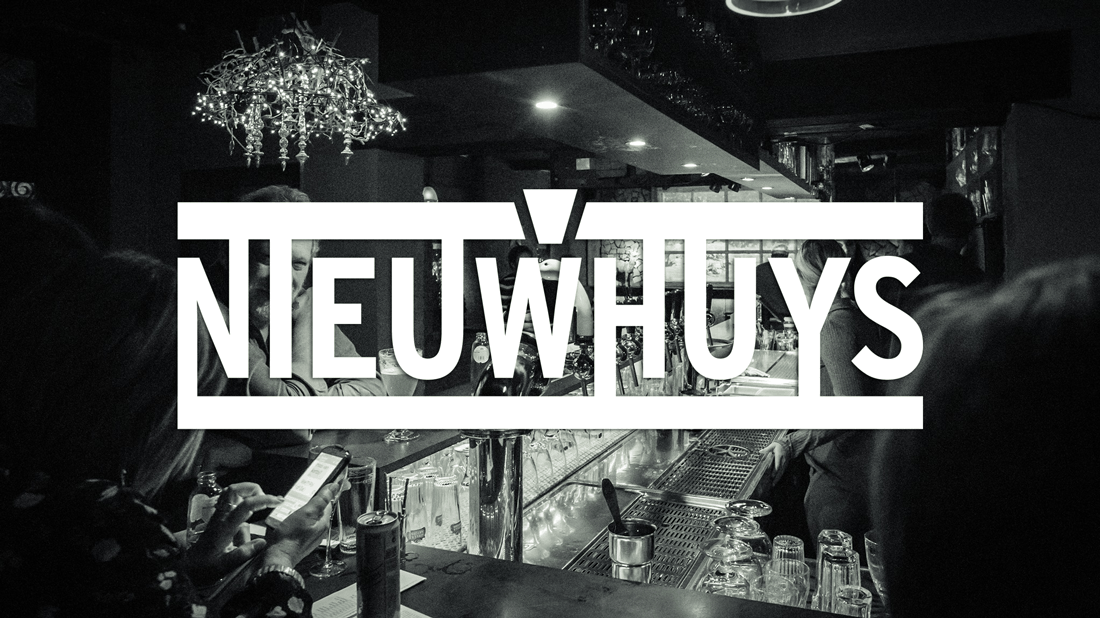 The Nieuwhuys – previously known as “the Museum” – is, according to legend, the oldest house in Hoegaarden, contrary to its current name.
This catering establishment is operated by Jan and Mieke. Two enthusiastic, hard working people with a great entrepreneurial spirit.

A while ago, they found that the business was in need of expansion. It needed a total makeover, literally and figuratively. They began major remodeling work. Root was asked to think about new branding, a new face for the Nieuwhuys.
After the renovations, the new Nieuwhuys was a brightly expanded business, with an interior that shows a nice contrast between rustic and sleek industrial.
We wanted to bring this forward with their new corporate identity as well.

A new logo, name tags and menus were Root’s input in this total makeover.